Social landlords are trying to attract institutional investment to push into the private-rented sector. Andrew Appleyard, head of specialist real estate funds at Aviva Investors, talks to Jess McCabe about what investors want to see 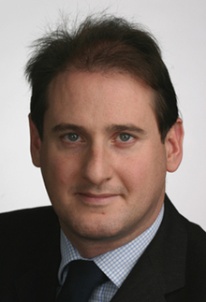 As Inside Housing reported earlier this month, Aviva is planning to invest in at least 2,500 market rental homes. Tell us about your model!

Have you made any investments yet?

‘We’re looking. We’ve been advocates of it for quite some time, it was just working out where we entered on the capital chain.

To what extent are other institutional investors poised to make a big push into the PRS?

‘It’s going to be a growing institutional investment class. The bigger institutions will do it first and others will follow, and I think there will be quite a lot of overseas money in due course as well. Because it’s a very solid income stream and that’s really what we’re looking for.’

How much are you influenced by government policy, such as the PRS task force?

‘The task force has been good in terms of just showing potential opportunity and also pulling people together who wouldn’t normally meet each other. Whichever party gets in next May they’ve broadly got the same agenda here: they want to deliver more houses.’

What are the main risks?

‘You don’t want to be overpaying, and certainly where the market is at the moment that’s potentially an issue. You want to make sure the design of the building works. A few years ago, we looked at a building, but we said no because you couldn’t get the furniture through the front door – you couldn’t get your sofa through. That’s pretty fundamental.’

And how about housing associations – what sort of risks should the sector be concerned about?

‘You don’t want to have everything in one location. If you’re stuck in one location and you’re putting up 150 units, that’s a lot of risk. And in terms of someone coming along to buy that, you’re limiting your chances.’

Some PRS initiatives are aimed at the high end of the market, more like a live-in hotel.

‘Where we’re looking at it, it’s very mass market. It’s not high end, in terms of all the add-ons that have been talked about.

‘You’ve got to look at people’s affordability, and the criteria we look at is people’s incomes and demographics of income in an area. Rents should be about 30% of somebody’s gross salary, otherwise you’re just asking for trouble and they won’t be able to pay it.’

Do you think the not-for-profit housing association sector is commercial enough to make a success of the PRS?

‘The ones I’ve met are pretty commercial. They’ve got a good balance between the social side and the commercial side. It’s great the way they’ve got some of their tenants on their board, so there’s an element of governance, which is pretty good.

‘We’re concerned about how buildings are managed, because it’s quite important from an income stream and also from a reputation risk. Choice of managers is quite key. In terms of the processes that housing associations have got set up, they’re quite advanced in that in comparison to others. We could manage it ourselves, which it will be very labour intensive, and we’re not set up to do it. Others have got the systems set up and they’d do a much better job than we would.’

What makes a good PRS investment?

‘We’re looking for areas which have got population and employment growth, and then we’re looking at areas where [housing] supply has been constrained and you’ve got phenomenal demand, and basically that is London and the south east and parts of east Anglia and some of the bigger cities.

‘There will be a demand for good-quality housing, and it needs to be affordable because the economics are that people’s salaries are not really going up massively. So you look at the demographics, and that leads you to opportunities and people come to you with opportunities.’

As investors, you’re obviously after a return on your investment…

‘The end return we think we can get over a sort of eight- to 10-year-period with no debt is probably about 7.5%, and that’s UK wide.’

What’s the next big challenge facing the housing sector?

‘Housing for an ageing population – that’s going to creep up on us probably in the next 15 years, and what requirements are there for that market when people will probably have less income than they’ve had in the past.’

Is that your next fund?

‘I don’t know, I really don’t know what the solution is for that. Having experience of the care home sector, you realise it’s a very costly sector, not particularly well funded at the moment and those costs are going up. So you can see why pharmaceutical companies are in such big demand for cures to long-term illnesses – so it’s a tricky one.’

← I was on a podcast about crowd funding
Filling the void →