Many housing associations were founded with a religious purpose. But how relevant is faith in housing today? Jess McCabe reports (part of Inside Housing’s religion special issue)

Shepherds Bush Housing Group was set up by a vicar in the late 1960s, who also ran the organisation for the first 20 years of its life. The reverend John Asbridge, now 90 years old, explains that the inspiration came from seeing the poor living conditions of congregants. ‘I was absolutely appalled by the state in which people lived,’ he says.

‘I got a great deal of help from people in the Rotary Club,’ he adds. The vicar got permission from the bishop for the project. He said he ‘looked upon it as an extension’ of his duties at his church in Shepherds Bush, driven by charitable motives. ‘At 9 o’clock I’d take my dog collar off and go to the office,’ he says.

But asked if the origins are still reflected in Shepherds Bush’s current operations, the current chief executive Paul Doe says: ‘Not at all. It doesn’t affect us at all, we’re not religious in any way, shape or form. We have an incredibly diverse tenant group.’ 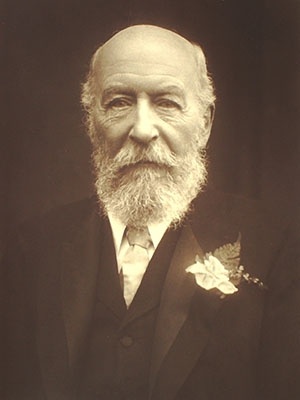 Bournville Village Trust is more famous for the profession of its founder, George Cadbury, chocolatier, than his faith. But when the organisation was established in 1900, Mr Cadbury’s identity as a Quaker played a major role.

‘He was a Quaker and he brought those values to all his work really,’ says Peter Roach, chief executive of the 8,000-home trust. ‘He saw first hand the Victorian living conditions and he had a strong belief, a strong set of values that said surely life should be much better for people than that.’

However, given that Quaker beliefs put a strong emphasis on tolerance of other religions, the organisation’s developments were always multi-denomination. As well as a meeting house, the Midlands village community has a Serbian Orthodox church, for example.

‘Quakers are a very small part of the community [today],’ notes Duncan Cadbury, a descendant of George Cadbury who chairs the board of trustees.

Generally, the trust is a secular organisation, although the Quakers’ charitable ethos arguably survives. ‘People tend to find it interesting that we’re still a dry estate,’ Mr Roach says. Only a small number of establishments have limited licenses to serve alcohol. ‘There are echoes of the teetotalism of Quakers a bit.’

Back in 1988, in a south London mosque, some members of the congregation had noticed the large number of single young Muslims in Lambeth who were struggling to find housing in the area. By the next year, the group had set up as a housing co-operative, refurbishing short-life housing from Lambeth council. Ash Shahada became a registered housing association in the mid-1990s.

‘When it started, it started helping single people, it didn’t limit itself to helping Muslims,’ explains Raj Khalid, chief executive of 150-home Ash Shahada Housing Association since 2007. Today, the focus of the association is general needs housing for tenants of all faiths, rather than housing for single homeless people. 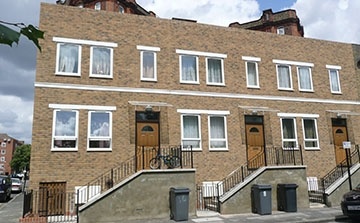 Some of Ash Shahada’s 150 homes

Islam does have an influence on the charitable purpose of the organisation and its ethos  – but it manifests itself as a ‘love for all’, the chief executive says, pointing out that tenants and board members are from a range of backgrounds.

When Ash Shahada has taken on transfers of stock from local authorities, during consultation some tenants from other religious or non-religious background have been ‘a bit apprehensive’ initially, Mr Khalid adds. ‘They were real concerns with people,’ he recalls, down to what he describes as tongue-in-cheek questions such as ‘will we have to wear the hijab?’ Ash Shahada responded by inviting prospective tenants to come and speak to existing residents, and explain that the organisation is for anyone in housing need.

Unprompted by Inside Housing, but perhaps unsurprising given the timing of this telephone interview, Mr Khalid brings up the issue of the Paris killings at the Charlie Hebdo offices and a Jewish supermarket. ‘I’m here to speak love. We feel that the aims we practice are of equal opportunities We feel that’s Islam,’ he says. The Prophet, he adds, ‘said I’m for everyone, not just limited to Muslims. That’s what we practice, that’s our ethos.’ 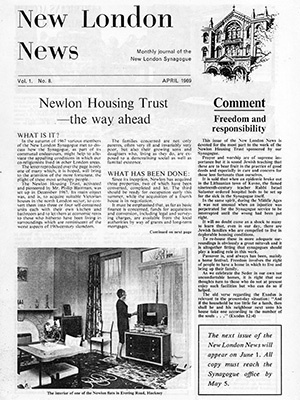 The clue to Newlon Housing Trust’s origin is in its name. Newlon is a contraction of New London, named because the trust was founded in 1967 by members of the New London Synagogue. As the shul’s monthly newsletter (see pic) explained in a front page story at the time, the original plan was to buy Victorian houses in north London, and rent them at affordable rates to struggling members of the Jewish community.

The funding for the first purchases – two Victorian properties in Hackney which Newlon bought for about £10,500 and are still rented to Newlon tenants at social rents – came from philanthropic donations by synagogue-members. Swiftly the mission statement was expanded to providing housing for the wider community, although the exact reason for this and timing isn’t known to those working in the organisation today. Today the trust owns 8,000 homes, and a spokesperson says that, other than providing a backstory, the Jewish origins of the organisation no longer inform its operations.

‘We set up the housing association in 1982 and it was a response to housing and housing related needs of the Orthodox Jewish community in north London,’ says Ita Symons, founder and chief executive of 700-home Agudas Israel Housing Association (AIHA). 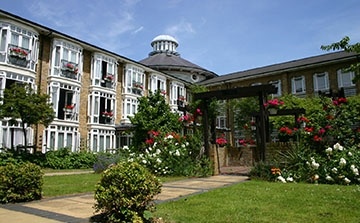 One of Agudas Israel’s first developments

And that is still the community which AIHA serves – with some moderations. For example, the association now owns homes in Manchester and Salford, which both have small Haredi communities.

The housing-related needs of Orthodox Jewish communities haven’t changed. Strictly practicing Jewish people will always need to live within walking distance from their synagogue, because of restrictions on driving on the Jewish Sabbath, and Orthodox Jews will want to live near religious schools and kosher shops.

For a small, visible community, living together is also safer. ‘If you were to take a Jewish family, looking Hasidic, and you put them into a housing estate, you can bet your last dollar they would be set upon,’ Mrs Symons adds.

In 1920, Chapter 1 started life under the name the  Christian Alliance of Women and Girls Trust Corporation. The charity evolved from early roots in providing hostels for young working women and girls, becoming a housing association in 1976.

But the name change was more recent – in 2009, it began life anew as Chapter 1. The name reflects the new start for the organisation, and the new start that it hopes to provide tenants.

Rob Taylor, chair of Chapter 1, explains the change came as a result of wanting to ensure staff and service users felt welcome. ‘At the point of service delivery, it’s completely about need,’ he explains.

However, the organisation still sees itself as being based in Christian values. ‘Our credo, our statement, it does look back to faith,’ Mr Taylor says.

Like many housing associations, 6,000-home Origin Housing is a result of several mergers, and so its story is more complicated than some – in fact, the name is meant to reflect the fact it has diverse origins. The oldest organisation in its history, St Pancras Housing Association, was started by a church in the 1920s to provide good quality housing for people living in slums around St Pancras railway station in London.

But it also includes in its makeup the Humanist Housing Association, set up in 1955 on a £75 donation to provide housing which didn’t discriminate on the basis of religion, or lack thereof. Providing housing for tenants older than 60, it was driven by humanist principles. For example, that meant an emphasis on ensuring older residents were able to maintain their independence.

← Latest Inside Housing feature: The quiet revolution
Women’s eNews story: Why Doesn’t She Leave? Here’s What They Say →