Hard graft: an interview with Isabel Hardman (Inside Housing latest) 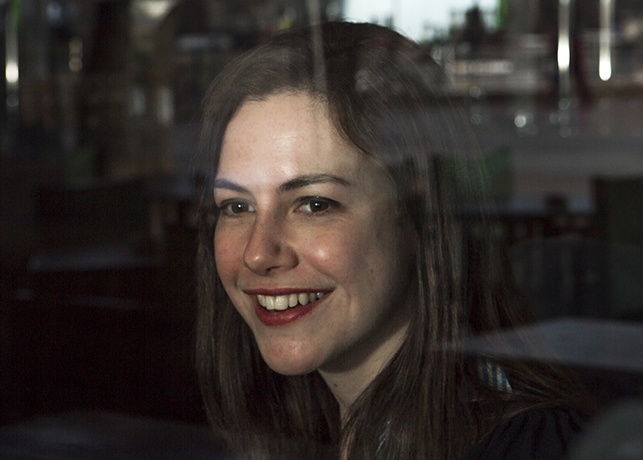 You have probably seen Isabel Hardman on TV, commentating on the machinations of the political system. Or heard her on Radio 4, where she hosts the Week in Westminster. You might have read her political blog for the Spectator, Coffee House, or many columns in the national newspapers.

And, if you’re a long-standing reader of Inside Housing, you’ll have definitely encountered her writing, because the political journalist started her career in these pages, covering the Liberal Democrats, housing benefit and security of tenure.

“It’s quite difficult to see the original charitable ethos of some housing associations now, which makes it seem more as though they should be standing on their own two feet.”

Inside Housing would never suggest that chatting to housing chiefs about such matters is less fascinating than hobnobbing with MPs in the lobbies of Westminster. But since leaving these pages, Ms Hardman has transformed from a housing journalist of note to household name – at least within the political class, and those who gravitate around them. Last year, she was named one of GQ magazine’s 100 most connected women.

This June, Ms Hardman will be coming back home, where she will be chairing the Chartered Institute of Housing (CIH) annual conference in Manchester for a day, and grilling the welfare reform minister. (Obviously, we don’t exactly know who she’ll be interviewing yet – stay tuned for the election results.)

We catch up with Ms Hardman, when she’s meant to be on annual leave, a quick holiday before election season. But it’s hard to take a break when you’re in this much demand: Ms Hardman is sparing us some time before going to appear on a TV show about persuading reality TV star Joey Essex of the merits of voting.

First impressions of Ms Hardman from television of her being an eloquent and poised speaker are not disappointed on meeting her. Usually a reporter’s notebook is filled with half-finished sentences, and quotes that change tact halfway through. The transcript from our interview could be transcribed and printed as an editorial on the housing sector’s strengths and failings in engaging with politicians.

‘I did become very passionate about housing whilst writing about it,’ she says. ‘Which I suppose is inevitable if you become completely geekily obsessed. I do still try and write about it now, although not in the detail that I did in Inside Housing, which is a shame.’

Ms Hardman got the job of senior reporter at Inside Housing in 2009, her first job after graduating with an English degree from Exeter. 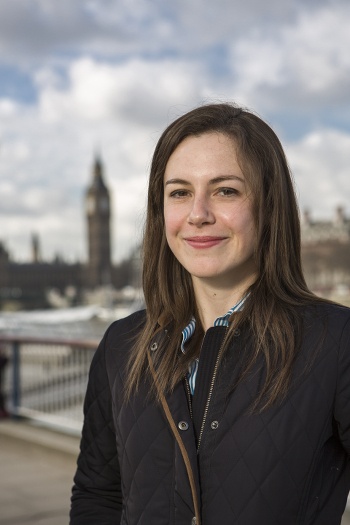 ‘Offering a job to Isabel was one of the easiest decisions I ever made at Inside Housing. Even then, in her first job as a journalist, Isabel made a difficult job look ridiculously easy,’ reminisces Stuart Macdonald, former editor.

Ms Hardman recalls: ‘Our public affairs tutor at journalism college had said to us, “Don’t bother revising housing, nothing changes in the sector.” So then I got offered the job, and I thought, “Well, I wish I had revised it.”’

The years since have proved her tutor wrong. The election of the coalition a year later brought a wave of change, much of it vociferously resisted by the sector, from the bedroom tax (Ms Hardman says that even some Conservatives concede in private this was ill-designed) to affordable rent.

‘When I was interviewing Labour politicians in 2010 they were spitting fire about the bedroom caps, the £26,000 benefit cap, and they’re not opposing any of those things now,’ she says. ‘And even though privately I still meet up with them and they say, “Oh it’s terrible, this has happened in my constituency, that’s happened in my constituency,” I say, “Well, your party’s not opposing this,” and they say, “Well, no, we can’t.”’

One problem, Ms Hardman argues, is the public likes many of the changes.

‘The £26,000 benefit cap is the most popular policy that pollsters have ever touched, and so it’s difficult for any political party to oppose [it] even on principle,’ she notes.

So how can the housing sector get its point across in Westminster?

Housing is something that MPs are aware of, she says. In part because their constituents bring up housing problems so often in their surgeries. The housing crisis has also grown in political importance as even middle-class people struggle to grab hold of that first housing ladder rung.

But social landlords have shot themselves in the foot, Ms Hardman argues.

Take security of tenure. In 2012, when the coalition allowed landlords to rent homes on fixed-term tenancies, the sector took this as an attack on a defining principle.

‘The sector’s reaction was so hyperbolic given what happened, which was that housing associations did start introducing flexible tenancies, and clearly they found them useful. I think it made it look like they were conservative in a small “c” sense, as in resistant to every change.

‘The way the sector reacted probably made it difficult for its relations with politicians, because it was immediately opposed to something it then used.’

Ms Hardman started off opposing the policy too, ‘because I thought it would frighten people who needed security and wanted a home’. She worried about scaring tenants like her grandmother, who lived in a council house.

‘But if you’ve got limited housing stock, and if you want people to get on in the world, then you probably don’t need to say to them here’s a home for life, partly because actually there’s another family who’ll need that home more at some point,’ she argues now. 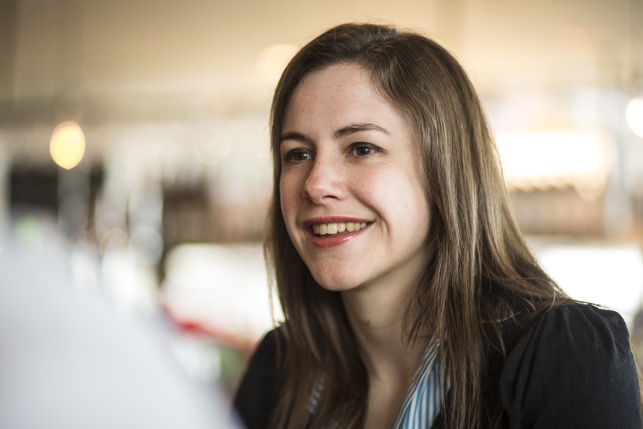 High salaries for housing chiefs also do not go down well with government. ‘It’s quite difficult to see the original charitable ethos of some housing associations now, which makes them seem more like businesses, which makes it seem more as though they should be standing on their own two feet,’ she says.

“I hate the idea of having to defend some hopeless policy, that your party have decided was a good idea.”

Conservatives ‘kind of hanker after the days of Octavia Hill, where rich people set up housing for people who were poor in London’, Ms Hardman adds. So is it surprising that social landlords have an ‘image problem’ with the right?

It may become particularly pressing after the election. If the Conservatives come to power, the chancellor has said to expect £12bn more in welfare cuts – without identifying where most of the cuts will fall. Ms Hardman says: ‘When I talk to people in DWP [the Department for Work and Pensions], they don’t know either.’

Has reporting from the lobby left Ms Hardman hankering after a career on the benches? ‘No, absolutely not, no way,’ she says. ‘I hate the idea of having to defend some hopeless policy, that your party have decided was a good idea,’ she explains as reason one.

‘I got approached by a party last year, and I was like, no, this is not going to happen. I think I slightly offended the person who approached me because they were an MP. I was like, “Your life just looks awful.” They just work such long hours, they never see their families and it’s even less meritocratic than journalism.’

For now, Ms Hardman says she’s happy at The Spectator. And she still does squeeze in the odd housing story. ’It comes up quite a bit, and I don’t think that’s just because I bring it up!’

Isabel Hardman will be chairing keynote sessions at CIH Housing Conference on Wednesday 24 June. To book, go to www.cihhousing.com