Why are teenage girls’ diaries so controversial?

Why are teenage girls’ diaries so controversial? 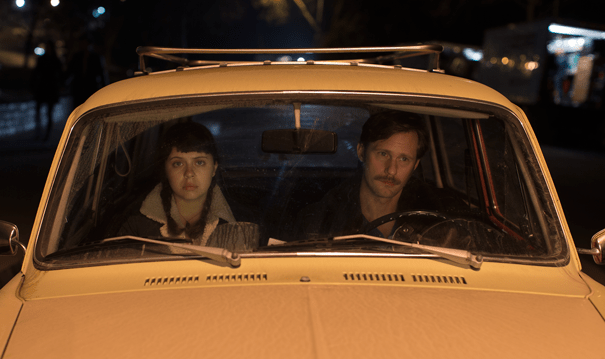 It was on a summer holiday, when I was around 11 years old, I was on my own in a strange city for some reason, most likely ice-cream-related, and I walked past a group of adult men. You can probably guess what was coming, my first experience of being cat-called. The exact words are a blur in my memory, although they were explicit and disconcerting, but the sickliness I recall is a marker of the start of adolescence.

This is rather an ordinary story of something that happens to the overwhelming majority of teenage girls. I trotted quickly back to my family but didn’t mention what had just happened. It can be difficult for adults to palate the reality of what it’s like to be a girl.

In the last few weeks, we have been reminded of that in the BBFC’s decision to give an 18 rating to The Diary of a Teenage Girl. The reason given? The “hard” sex scenes, many of them involving the protagonist Minnie, a 15-year-old, sleeping with her mum’s 35-year-old boyfriend (played by ex-vampire Alexander Skarsgard). Minnie with her mum’s older boyfriend

The film, an adaptation of a book of the same name, is very different to other movies of its type. It’s told from the perspective of Minnie, a teenage girl, as she discovers sex; from the cheeky (an animated penis) to the frankly awful.

Many reviewers and columnists have come down on the side that young women should be allowed to see it. Bel Powley, actual age 23, who plays the wide-eyed Minnie, said that teenage girls should get fake ID in order to watch it, censors be damned.

But the concept that teenage girls should be prevented from reading or watching about the mysterious subject of what it is like being a teenage girl is hardly a new one.

The same week The Diaries came out, I happened to read a coming-of-age novel published in 1910, The Getting of Wisdom by Henry Handel Richardson (the pen-name of Australian novelist Ethel Richardson). On the cover? A quote from the British-Australian at the time of publication: “A book we strongly recommend adults to keep out of the hands of girls.”

The novel is a brilliant one that takes the reader inside the painful adolescence of 14-year-old Laura, as she is sent to boarding school in Melbourne, in a biting satire of the failure of education for Victorian young women. Laura tries repeatedly to fit in but doesn’t seem to be able to do anything right, and I suspect it is this irrepressible independence that motivated the reviewer’s comments.

In one of the most telling moments of the book, Laura is invited to a small gathering with the headmaster. The girls are expected to sing and play piano and one of her classmates is just escaping this, when Laura pipes up and volunteers to play. As if this wasn’t social suicide enough, she then horrifies the head by saying how boring his music is.

Despite its Victorian setting, sexuality is undoubtedly part of the “controversy”. There is the incident where Laura, who’s not actually very interested in boys, concocts an elaborate fantasy that she is having an affair with the curate. Her peers are merciless when her lie is found out, and she spends months “toadying” to try and win back friends. Then there is the barely subtextual crush that Laura has on an older girl.

One of the most enjoyable in this genre is the 1980s film Little Darlings (rated R at the time, like today contemporary reviewers pointed out this did little to actually stop young people watching it). Opening with a teenage Kristy McNicol kicking a boy in the balls when he street-harasses her, the film flips the script of coming of age films, to tell the story of two teenage girls in a competition at summer camp to lose their virginity.

After watching Diary of a Teenage Girl, films like this seem tame, as does the movie Thirteen. When it came out in 2003, the story of a friendship which begins with shoplifting was shocking enough to be frequently labelled “controversial”, with its cutting, drugs, sex and full-blown arguments with parents. The first film directed by Catherine Hardwicke, it was notably co-written with her 13-year-old neighbour.

To remind you that nothing on earth is new, the Chicago Tribune’s glowing review called it: “One of the best films about young American adolescents in years — director-co-writer Catherine Hardwicke’s scorching “Thirteen” — is an R-rated movie that real-life 13-year-olds can’t even see, unless their parents accompany them.”

The censorship continues today, from Italy removing a book from the market about a young girl’s experiences with prostitution, to a young adult book about sexual assault labelled as “soft pornography”. Other books have been targeted for addressing rape, eating disorders and mental illness. These aren’t issues that exclusively affect young women, but you see the theme.

We have to also mention Alice Walker’s classic The Color Purple, which begins when the protagonist Celie is 14, and is high on the list of books most frequently banned by schools. The list of reasons for these bans is an instructive read in itself. My partner once had a brief period teaching this book at a sixth-form college, where he was instructed to skip the “lesbian parts”.

Teenage girls can be trusted to watch or read these things if they want to. They might not always want to; one of my university friends recalls that she “banned herself” from reading Bloom’s Forever.

But to go back to my recollection at the start, about cat-calling when I wasn’t even old enough to be a teenager. This was back in the early 1990s before the internet cast a light on just how common it is. My parents had a liberal view on what I could read. Unfortunately, the books I was hovering up at the time didn’t exactly deal with these situations. I wish they had.

Jess McCabe is a journalist, most commonly found writing about social housing for Inside Housing magazine, where she’s features editor. Past crimes include editing the feminist site The F-Word (www.thefword.org.uk)