Twenty-year-old Jessica Senior is a model apprentice. After dropping out of college, she was tooling around looking for different options and came across the multi-trade apprenticeship programme of 100,000-home Sanctuary Housing on the government’s apprentice website.

“A lot of my other friends have gone to university, but it wouldn’t have been right for me. It’s not getting me any further in what I enjoy and what I am good at,” she explains. 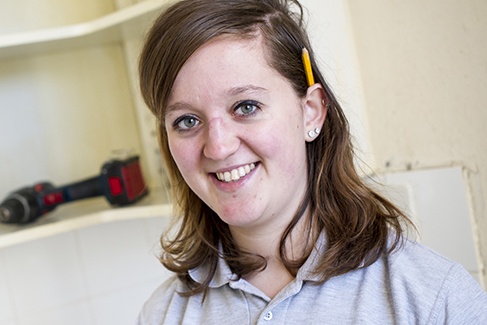 Ms Senior is one of 500 apprentices to have been through Sanctuary’s programme in the last eight years. She’s now in the middle of her second apprenticeship and is working towards her diploma in construction and the built environment. She’s gone from an apprentice wage just above the minimum, to the Living Wage. “It’s as good as any of my mates, and I’ve got qualifications from it,” she says, explaining that she’s hoping to go into surveying.

When Inside Housing decided to do a story on apprenticeships, we were deluged with examples just like Ms Senior. Apprenticeships are the ‘motherhood and apple pie’ of employment. Last year, social landlords pledged to create 1,000 apprenticeships in 12 months, as part of Inside Housing’s Homes=Work campaign. It is also a priority of the government, which has set a difficult target of three million apprenticeships to be created by 2020, funded by a levy on employers.

“Typically, providers did not assess the value of their apprenticeships to individual learners, businesses and the economy.”

But dissenting voices have been asking awkward questions.

Concern over apprenticeships came to a head in 2012, when aPanorama programme revealed that one in 10 of all apprentices in the country worked at the supermarket Morrisons, and most of them were existing employees over the age of 25.

And worry over the quality of apprenticeships has produced a steady stream of academic research and concerned newspaper columns ever since. Last week, an Ofsted report stated that a third of apprenticeship providers are not providing “sufficient, high-quality training”.

Sir Michael Wilshaw, the head of Ofsted, slammed apprenticeships that give qualifications for “making coffee and cleaning floors”.

“Out of the 33 of housing associations which responded toInside Housing’s survey, 24 told us they monitor what happens to apprentices after the course is finished.”

We found plenty of anecdotal evidence that housing associations are providing quality apprenticeships that lead to jobs. But we also found a vacuum of quantifiable information about what happens to apprentices once their training is over, and whether apprentices graduate to full employment.

The importance of monitoring was underlined in last week’s Ofsted report as well, which concluded: “Typically, providers did not assess the value of their apprenticeships to individual learners, businesses and the economy, and the quality of subcontracted apprenticeships was not monitored closely enough.”

The logic is obvious: without tracking what happens to apprentices, how can landlords work out whether their programme is producing skilled workers who serve a need in their own organisation? How can employers tell if they are improving their apprentices’ job prospects?

Out of the 33 of housing associations which responded toInside Housing’s survey, 24 told us they monitor what happens to apprentices after the course is finished. However, for the majority of these landlords, check-ups are confined to apprentices they go on to hire for permanent roles. For those apprentices that finish their training and leave the employer, the outcomes could be a similar job in the same sector, a different job, further training – or unemployment.

Only nine told us they know what happens next for these apprentices.

Chris Roberts, employment initiatives officer at Golden Gates Housing Trust (GGHT), is among the handful who does this tracking. “It is my team’s role to ensure that as their apprenticeship is coming to an end we have a programme of individualised support in place to ensure they have a ‘next direction’ plan, whether that is employment, training or anything else they decide to do,” he explains.

“Once they leave us entirely, we actively track them, and have them in our targeted group for intensive interventions. The majority of apprentices leaving GGHT quickly move into full-time employment, as we prioritise them, and actively promote them to businesses.”

First Ark Group is another of the landlords which does check in on the careers of former apprentices. Out of 67 apprentices who started between 2012 and 2014, the landlord hired 27 for permanent jobs at the group. “The group is only aware of one person who has not gone on to find employment in the last three years,” a spokesperson for the 13,500-home landlord says.

“We try [and monitor contractor apprentices], but it is quite challenging as the apprentice is effectively their employee.”

For others, the check-in process is more informal. NPT Homes takes part in a shared apprenticeship programme called Cyfle Building Skills, in which novice tradespeople go to a number of different organisations to complete their level 2 and level 3 apprentice qualifications.

Gemma Mineur, who coordinates the programme, is based at the campus of a college in the south-west of Wales, Coleg Sir Gar. “A lot of them pop in and say how they’re doing,” she explains, adding that the “majority” do go on to employment.

A bigger gap still is in monitoring of outcomes for apprentices that housing associations have encouraged or required their contractors to hire. A typical clause in a contract might require a contractor to hire an apprentice for every £1m spent. While some housing associations do ask contractors for information on how these apprentices are progressing during their training, none could tell us how many went on to get permanent jobs.

Raven Housing Trust is a typical example. “With our contractors, we don’t track what happens to them. We’re told that many go on to other courses specialising in a trade or find work with our contractors,” a spokesperson for the 5,500-home landlord says.

But even monitoring apprentices working with contractors while they are still in training can be difficult. As Emildah Chabata, resident training and employment manager at 15,000-home Thames Valley Housing, points out: “We try, but it is quite challenging as the apprentice is effectively their employee.” 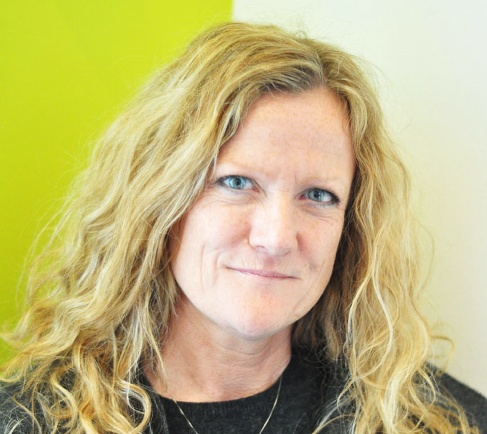 Teresa Frith, Association of Colleges: “I was told we don’t collect that information. That’s a bit strange, isn’t it?”

Teresa Frith, senior skills policy manager at the Association of Colleges, says that this patchy level of information on the outcomes of apprenticeships is typical across the economy. “When I started this role six years ago, I was asking what data do we have on apprentices who finish,” she recalls. “’[I was told] we don’t collect that information.’ That’s a bit strange, isn’t it? That’s the point of apprenticeships.”

The success of apprentices in the wider UK economy has largely been judged until now on the basis of what qualifications have been achieved. But, Ms Frith says, this is likely to change. “In the next little while,” she predicts, government is likely to change funding criteria to be based on the employment outcomes for apprentices, not the number of NVQs accumulated.

There is an appetite in the housing sector to start monitoring this more closely, too. Your Housing Group, for example, told us: “We don’t currently track apprentices beyond their training, mainly due to system and process restrictions, but it’s certainly something we intend to do.”

On this measure, many of the 33 housing associations in our survey group are doing well. Different organisations responded with different sets of data, over different time periods, so it wasn’t possible to come up with an average percentage of apprenticeships who are hired by the landlord they’ve apprenticed to.

“We subcontract most of our training contracts – that causes really big problems around quality.”

But Sovereign, for example, has so far taken on three ‘cohorts’ of apprentices. Out of 15 in the first cohort, 38,00-home Sovereign hired 12 of them and two left to join other organisations.

Yorkshire Housing currently has about 30 apprentices, coordinated by Kiran Olak. Ms Olak says that the 18,000-home landlord’s programme is designed to fill future business needs – achieving the qualifications proves that the apprentice has the “underlying skills” but is not the endpoint of the programme. “They come in because we want to develop them, there’s a role there, or we foresee there may be a business need,” she adds.

Professor Ewart Keep, director of Oxford University’s Centre on Skills, Knowledge and Organisational Performance, has been one of the most vocal and respected critics of poor apprenticeships. According to Professor Keep, one of the main signals of quality in an apprenticeship is that the training is provided by the employer, rather than outsourced to external training providers.

Many of the housing associations Inside Housing spoke to for this story deliver their own training.

Sixteen housing associations, the National Housing Federation and the Chartered Institute of Housing also developed a standard for housing apprenticeships earlier this year, as part of the government’s ‘Trailblazers’ programme, working with employers to set up quality apprenticeships. All this suggests that apprenticeships run by social landlords are a far remove from the poor quality programmes slammed by Ofsted.

But until all housing associations put their minds to monitoring the outcomes for their apprentices – and those they require contractors to hire – this will be a matter of appealing stories, rather than solid evidence. 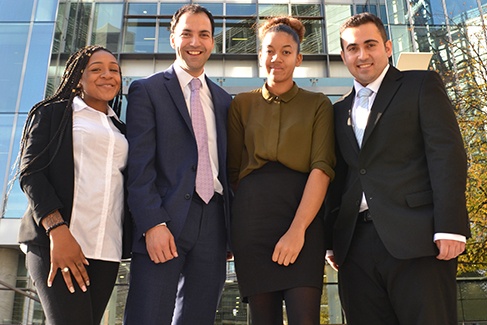 Apprenticeships are typically just one of the ways that social landlords try and help residents and other locals gain employment. So what sort of track record are these other schemes building up?

Take the example of A2 Dominion’s work placement programme – the business set and met a target of offering 40 work placements to residents in 40 days, and in the second year of the programme, it created 70. Of the 38 trainees who went through the programme, all have gone into jobs or further training.

Inside Housing met one of those successful graduates of the programme at the 35,000-home landlord’s swanky Paddington headquarters. Soran Arif is perfectly turned out in a suit, and exudes politeness. It is no surprise he works in finance – at Creative United, a not-for-profit organisation which offers advice and loans to artists and the creative sector.

It’s hard to imagine he had trouble finding employment after graduating from the University of Hertfordshire with a degree in business economics. But he credits the work placement with helping secure the job. An A2 Dominion resident, he found out about the programme after a brochure landed on his doormat, and quickly started a placement helping to return money to tenants who had overpaid, and in chasing arrears.

Mr Arif says the placement formed the most prominent part of his CV.

An A2 Dominion staffer helped him prepare for the interview that got him his current job. “He came to my house and interviewed me, acting in a big brother-type role,” he says. “That was very helpful to me. He offered to drive me to the interview as well, which I thought was a lovely touch but I had to tell him I’d get the bus; that way I could continue revising all the interview techniques I’d learned.” 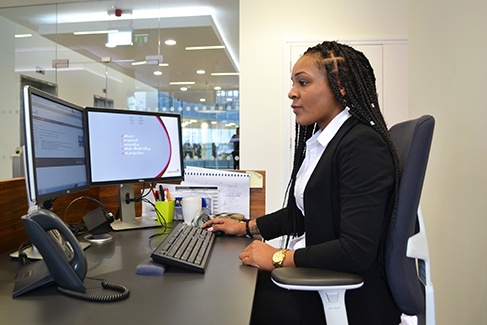 Hannah-Nicole Smith: “My friends all want a job here.”