The Best of times (Inside Housing) 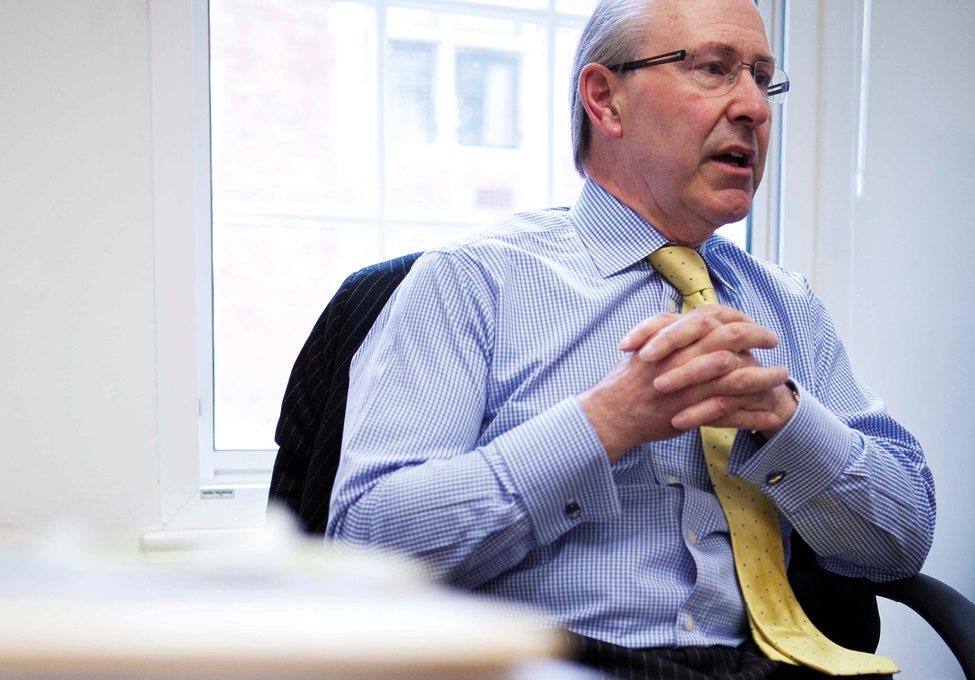 Amendment by amendment, speech by speech, the House of Lords wrangled with the government over the Housing and Planning Act. And it won plenty of concessions.

On the frontline of the bun fight was Lord Richard Best, wading into the detail of the bill alongside the chamber’s other housing champion, Lord Kerslake. Just a few weeks later,Inside Housing has come to meet Lord Best in Westminster, for a post-mortem. Now the act has passed into law, just how bad does he think it is? To what extent will the concessions won in the Lords mitigate the impact on social landlords and tenants? And what comes next?

Passage through the Lords is an arcane process, in an arcane establishment. All this makes its role in defence of social housing seem rather unlikely. Lord Best meets us at the peers’ entrance to Parliament, and the entrance to the House of Lords features a huge room, with rows of hooks to leave bags and coats, like a school’s changing room.

The besuited 70-year-old leads us effortlessly through the corridors – he should know his way around, having joined the Lords as a crossbench life peer 15 years ago. We tour the main debating chamber of the Lords, and the giant gold throne where the Queen sits to open Parliament, and Lord Best points out the hallways down which the peers walk in order to tally their votes.

We finally sit down to chat in a wood-panelled cafe in the middle of the Lords. It gets busier as we talk, with peers coming in for tea or coffee, and the sound of well-heeled voices growing in volume.

We have all heard of absentee Lords who do not turn up in Westminster for years at a stretch, but Lord Best says when the chamber debates a bill, individual Lords take “five-hour shifts” because no one can absorb all the detailed small print on a piece of legislation. 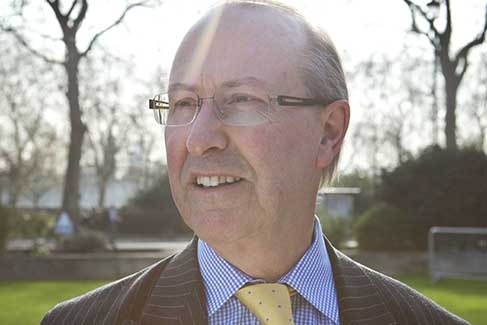 When it came to the Housing and Planning Act, this seems to have paid off. Rural sites will be exempted from selling off council housing to fund the Right to Buy for housing association tenants. Pay to Stay will kick in when a household living in social housing earns £31,000 a year, or £40,000 in London, but with an improved taper of 15p in the pound. If Starter Homes are sold before a certain number of years are up, the owner will have to pay back some of the money – and that will be spent on housing.

So does this mean that the “death knell of social housing” didn’t toll, confounding the prediction of shadow housing minister John Healey? Lord Best is sanguine.

“I was never expecting us to overturn a bunch of manifesto commitments and high policy emanating from Number 10 and Number 11,” he ruminates. “The best that I thought we could do was maybe some tweaks and modifications, and we did. There are quite a lot of ingredients that are a lot better for the individual citizen than they were at the beginning.”

“Our role really here, [as we are] constantly reminded, is to improve the bill and make the other place listen, reflect,” Lord Best pauses, perhaps to emphasise the effect that the Lords are supposed to have on the democratic process. “Think again. But not to overrule the other place” – this is how the Lords refer to the Commons. “And if the elected government wants to do something, at the end of the day, we can’t stop them. Constitutionally we can’t and possibly in a democratic society, we shouldn’t. Although that’s very frustrating,” he laughs.

In the aftermath of the fight, Lord Best is still critical of the bill, but doesn’t want to say it will be a complete catastrophe. Instead, it will likely only be a moderate catastrophe for social housing, and a moderate success for the government’s ambitions to revive owner-occupation.  “It will take a decade to make serious dents in what we call social housing,” he notes. “This is a decline over a period of years and a week is a long time in politics.”

Nonetheless, he says, “The bill is quite dramatic, because it sends out a signal… The amount of affordable, social housing will decline and government will try and they will succeed a bit, in reversing the decline in owner-occupation.”

Many of the details are still to be thrashed out in regulations over the coming months. This is an important stage, Lord Best points out, and the fight to secure the best deal for social landlords and tenants will have to continue. “When you read the words of promises, sometimes they are open to interpretation in different ways. So it’s a matter of trying to ensure the best interpretation of what government said it will do actually happens.”

One example is the exemption granted to rural areas from the sell-off of high-value council housing. But how will ‘rural area’ be defined? The definition “can be generous and exclude loads of stuff, or as Treasury will demand, it will be as minimal as possible, so that they get their pound of flesh and gather in the money from the sales of what are bound to be relatively high-value council houses with gardens in villages,” he says, exclaiming, “Good heavens, that’s where the money is!”

Pay to Stay is the change that Lord Best seems most proud of, noting that tenants earning just over the limit of £31,000 – or £40,000 in London – will now only see small rises in rents (or, in some cases, a reduction in rent due to the 1% rent cut in the next four years).

The peer notes that the regulations will also determine which local authorities can be exempt from implementing Pay to Stay, particularly if social rents are very close to market rents, and the money to be raised will be outweighed by the costs of administration.

“We should lose quite a chunk of local authorities from having to be bothered with it at all,” he predicts – but the exact formula for calculating this will be important.

Also in the regulations, we will find out what happens to the money clawed back from Starter Homes if they are sold before either eight or, at the outside, 10 years has passed.

Assuming about half of these homebuyers move earlier, Lord Best estimates this could generate £4.3bn which the government says will be spent on housing.

No promises have been made, but Lord Best has hopes the cash could be directed to build affordable rent homes, making up for the fact that once the 2015/18 Affordable Homes Programme finishes, grant will only be directed in any quantities to shared ownership and Starter Homes.

Lord Best notes: “As time passes, I think ministers will begin to get more and more nervous about there not being a social housing programme as such. So there’s the money, for one, we’ve managed to conjure up.”

“There will be other governments, there will be changes to policy, and before the policy works its way through to a point where it has become really outrageous, there may be shifts in thinking in other directions,” he adds. “So you live to fight another day.”

How does that apply to welfare reform, and particularly the bedroom tax, Lord Best’s last big fight with the government?

“I think it still remains a really unpleasant policy where people are trapped into reducing their standard of living because of a requirement of government to save money. And it remains objectionable to me that we have the dreaded bedroom tax still on the statute book,” he says.

“But at the same time I’ve noted that [Lord Freud] helped to ensure that things don’t break down by pumping in a lot more money than was originally intended.”

Overall, Lord Best argues that our political system works well to moderate “bold policies” and take off the sharp edges, in exactly this way.

So social landlords, staring down the barrel of legislation, shouldn’t panic?

“Don’t panic!” the lord exclaims with a chortle. “No, quite.”

This interview originally appeared in Inside Housing on 17 June 2016