Ending rough sleeping in Greater Manchester: a 2020 vision (Inside Housing)

Statistics in Greater Manchester are bleak: the government’s latest official count in November recorded a 40% rise in rough sleepers in a year.

Inside Housing caught up with them to find out how they are getting on.

Mr Wright says the first 12 months since Mr Burnham’s election were spent “doing a lot of hard legwork to prepare the ground”. The duo have many projects underway: a £1.8m social impact bond, and an £8m central government-funded Housing First pilot, both aimed at getting rough sleepers with complex needs off the streets. A ‘Homelessness Action Network’ is aimed at bringing all the region’s stakeholders together on the problem, and a new business network is to tap more funding.

Perhaps with an eye on just how challenging this target is, the emphasis is on new partners who haven’t thus far been involved in tackling homelessness. “This is not an issue that can be solved by the public sector and local authorities,” Mr Wright says. Or, as Ms Knowles puts it, what’s needed is a “whole society response”.

So, is all this enough to meet the target? Ms Knowles’ reply is yes – but with a dose of expectation management. “There’s no point in setting a target unless your aim is to reach it,” she states. But, there’s an addendum. “A lot of people said, ‘Are you honestly going to get to zero?’, [and Mr Burnham] said, ‘Would you rather we said we’re going to cut rough sleeping by half by that point?’ and then bizarrely that’s exactly what the government’s manifesto was,” Ms Knowles says with a wry laugh, referring to the government’s plans to halve rough sleeping by 2022, and then eliminate it by 2027.

Chief among the challenges will be how to bring all 10 local authorities in Greater Manchester along for the ride, in a time of swingeing cuts, and what Mr Wright describes as a “hostile external policy environment” (a reference to welfare reform).

Mr Wright also points out that “issues with rough sleeping are not equitable across Greater Manchester. Four boroughs account for more than 70% of the total rough sleeping population”. Although he quickly adds that all are “on board”, it’s obvious why some councils are going to be keener than others to pour resources into meeting the mayor’s target.

Ms Knowles adds that while rough sleeping isn’t a priority for all the boroughs, housing is – because all boroughs are contributing, they all get something back.

Take the social impact bond – under which £1.8m of funding from Bridges Fund Management, in which the local authority pension is invested, is being used to house entrenched rough sleepers. (The government will pay the money once certain outcomes are met.) A consortium of 15 housing providers, including One Manchester, are setting aside homes for the programme.

“There may only be nominally, say, two rough sleepers in Trafford, but we would expect those two rough sleepers to be assisted by the programme,” Mr Wright says. “There isn’t that feeling that one or two boroughs get everything.”

Behind the scenes though, Universal Credit is making things tricky.

When Inside Housing asks about this, Ms Knowles turns to Mr Wright and sighs. “This interview was going so well, wasn’t it?” she laughs.

Rough sleepers are having a hard time with Universal Credit. To receive the benefit, you need to have a bank account. If you don’t have an address, it is effectively impossible to apply for a bank account.

When and if a rough sleeper overcomes this to get on Universal Credit, there is a five-week delay before payments start. Meanwhile, housing associations are increasingly applying affordability checks – which rough sleepers struggle to pass.

“[Housing associations] have a governance and viability rating,” Mr Wright says. “Their viability rating is going to be impacted by not doing tenancy checks and having something in place around mitigating risk of rent arrears etc. And particularly with the rent cut, impact on their balance sheets has been really significant. They have to collect as many pounds as they possibly can, and we understand that.” 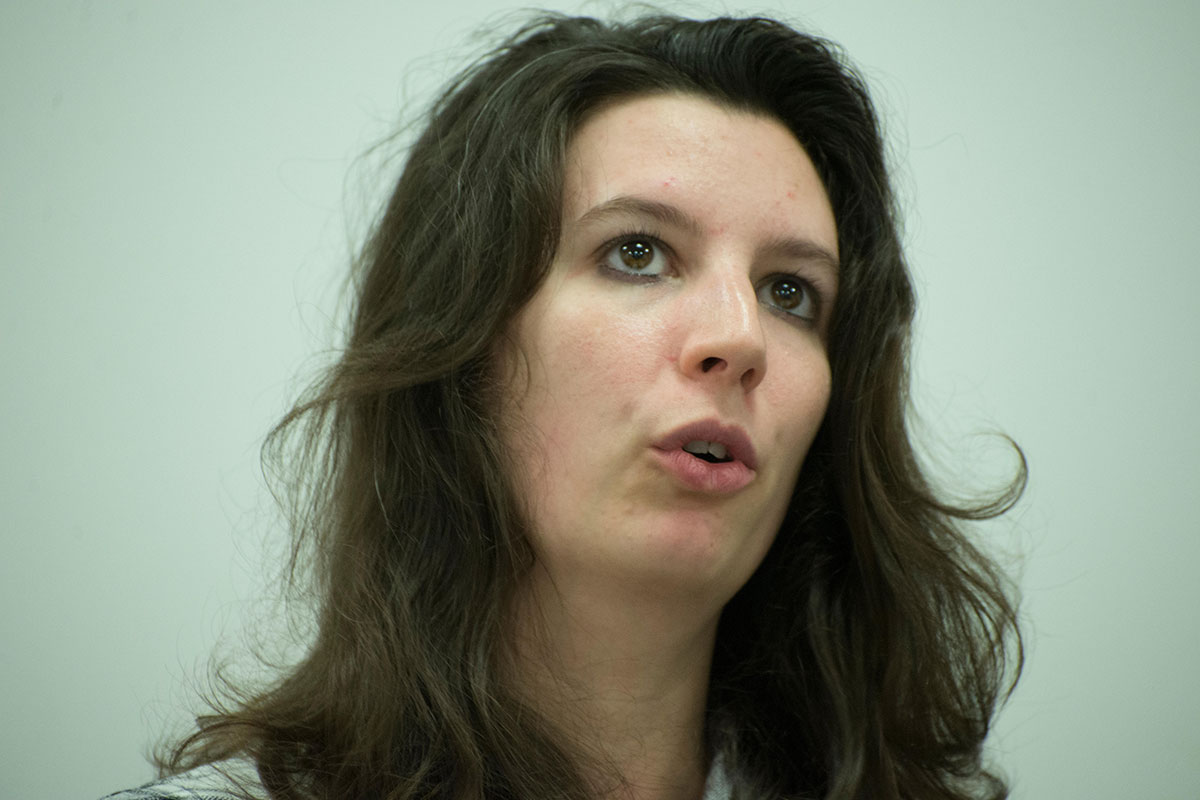 The answer is funding to bridge the gap. Mr Wright points out that if Greater Manchester was devolved more powers over the welfare pot for the region, it would be able to solve the issue. But short of rewriting
devolution, the combined authority aims to make use of existing funding, such as local authority rent deposit schemes. So far 82 rough sleepers have been housed or offered immediate accommodation.

Another big change driven by central government is the introduction of the Homelessness Reduction Act, which as of this April adds new homelessness prevention duties to all local authorities.

“It has reinforced homelessness at a national level as a critical priority,” Mr Wright says, which has put further pressure behind Mr Burnham’s target. It has also expanded the conversation to wider homelessness, not just visible rough sleeping.

“To me, that act means a shift in culture. And they [councils] seem to be excited about that, not hesitant or anxious,” adds Ms Knowles. Although she doesn’t say so directly, this is obviously a reference to gatekeeping – or various methods of dissuading people from presenting themselves as homeless in order to avoid housing them.

“One problem is how to make sure that change is for the long term.”

It’s the type of council practice that sits uneasily next to Mr Burnham’s repeated comments that housing is a human right. But Ms Knowles says the councils have been embracing the potential for change. “There’s massive credit to that, for picking that up and going, ‘Actually, this is our opportunity for our staff to work in the way that they would like to, often, and we would like them to as an authority that has a duty of care for a human being’,” she says.

For the past year, this pair have been sketching out the region’s homelessness strategies.

Next is the implementation phase.

One problem is how to make sure that change is for the long term.

Take the region’s Housing First pilots as an example. Manchester already has its own mini-pilot of this intensive approach paid for with the social impact bond. Now it has another £8m from central government, adding another 500 homes (the West Midlands and Liverpool also got similar pilots in the May budget).

“That was a surprise to us – we’re very grateful for that,” says Mr Wright, of the government funding. But there is an edge. “Our view is that there is enough evidence to show that Housing First works for it not to be a pilot confined to three devolved combined authorities. That being said, that’s where we are.” 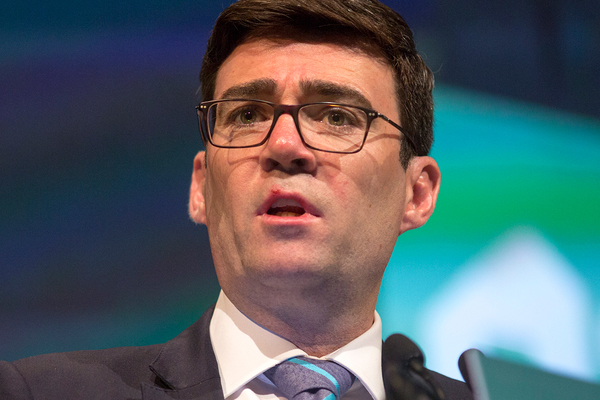 This isn’t just a quibble over the need for another test of an internationally proven approach. “What we don’t want to do is get to three years’ time, the pilot money’s running out and we just drop off a cliff,” Mr Wright says.

“Local authorities are left with the bill,” adds Ms Knowles. Manchester already has an eye on how it can use its devolved powers to solve this – by reapproaching the region’s budget as one pot, rather than different silos. This could make it easier to justify a housing investment which results in savings to another area, like the NHS or criminal justice system.

We’ve spent the past hour talking about all the problems that Manchester will have to overcome to end rough sleeping. But Ms Knowles and Mr Wright seem ready to overcome the hurdles.

One of those opportunities is how Manchester’s democratic systems are being remade in the wake of devolution. Another is the political change led by the mayor.

Before taking on the job working for “Andy”, Ms Knowles was a Labour councillor, elected in 2014 as the rough sleeping figures were starting to rise in her city centre ward.

Back then, she recalls, “talking about cuts to homelessness services and trying to get people to listen – the sound didn’t reverberate at all. And now it’s completely different”.

Homelessness is a political priority – and that makes it hard to cut budgets but, these two clearly hope, easier to cut through problems.

UPDATE 5.7.18 Article updated to clarify that the local authority pension fund is invested in Bridges, rather than the manager of that pension fund.